The Studio was established in April 2006 and is run by Louise Vaile.

Louise was awarded MA Conservation from Camberwell College of Arts in 1996, specialising in the conservation of prints, drawings and watercolours.

After qualifying she worked for the National Trust, first as Project Conservator at Nymans in West Sussex and then as Regional Conservator for the Trust's Southern properties, including Petworth, Uppark, Standen, Polesden Lacey and Ham House. In 2000 she took up the post of Collection Care Officer/Paper Conservator at Birmingham Museum and Art Gallery, a post she held until setting up Ogilvie Vaile Conservation. 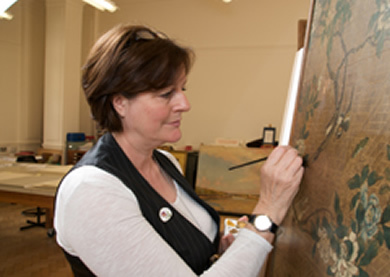